Westonzoyland Carnival Club shed received a stay of demolition this week as it host 6 evacuees from the floods on the Somerset levels.

The shed had been cleared ready to be demolished for the new build later in the year, but after club members were flooded out of their farm a new home was needed for their livestock.

A day of hard work by several club members and the last of the debris from the shed was cleared, fences erected and gates hung ready for the new arrivals.

Later that evening as the rain came down 4 tractors with animals, feed, and bedding arrived. Once the water troughs were filled and the evacuated calves fed, they were shut up for the night. 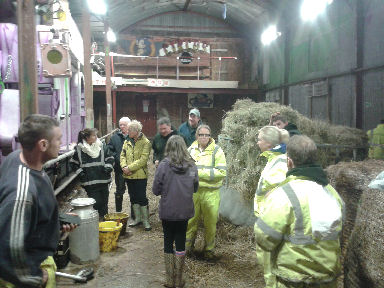